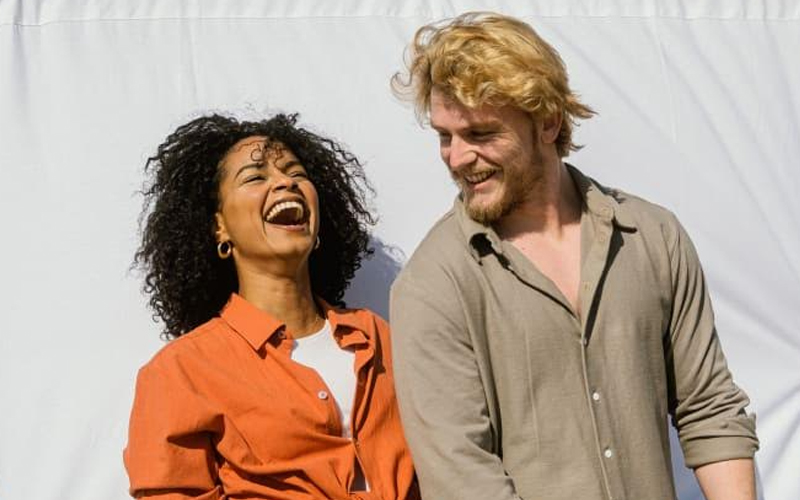 
Valentine Robin decided to start Akho after thousands of feet of fabric went up in smoke in South Africa.

The brand is committed to making clothing from natural materials without harming the planet and significantly reducing the waste that helps make fashion one of the world’s most polluting industries.

The concept is based on the idea of â€‹â€‹circularity – substance that is relegated to storage rooms or even incinerated because of defects, unsold inventory, production surpluses or order cancellations.

â€œIn South Africa I had the opportunity to visit a textile factory. A large order from France had been canceled in the workshop, leaving hundreds of rolls of freshly made fabric, â€says Valentina.

“Due to a lack of space and money, they burned all this material in the back of their premises and caused impressive black smoke.”

At that time, she decided to start a brand with strong social and environmental commitment.

â€œSeeing the disappointment of the factory workers was a real trigger. I wanted to get involved and invest in a system that puts expertise, humanity and respect for the environment at the center of its concerns. “

Akho – which means “not a new material” in Zulu – has already gained a significant number of fans looking for a more responsible wardrobe. The campaign on crowdfunding website Ulele is in the process of achieving 400% of its original target and underscores the public interest in a circular approach to fashion.

Akho uses dormant stocks from major European homes or fabric workshops and focuses on high quality, natural, chemical-free materials such as linen and cotton. The production takes place in a family workshop in Portugal.

It also offers its products as a limited and numbered series that is produced on demand to avoid overproduction. Here, too, it is about limiting waste, but also about clothing that lasts a long time, in contrast to â€œdisposable fashionâ€, which leads to overproduction.

“It is very important that we offer lifelong companions, clothes that we love and keep, that we pass on and look at after years,” says Valentina.

â€œTo achieve this, the consumer needs to feel that their piece is unique. That’s why I decided to only produce small series of high-quality, timeless pieces, each individually numbered to support this feeling. “